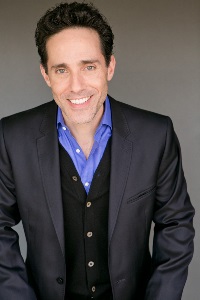 Jeff Leibow has spent the last ten years in the world of nonprofit fundraising. Originally inspired by his daughter, who was born with the neurological disorder, Neurofibromatosis (NF), he founded a series of live concerts aimed at raising awareness for NF and monetary support for NF Network and their national programs dedicated to helping the NF community. As Director of Development for NF Network, he has now raised more than $1.2 million for the organization and is focusing his sights on doing even more. In 2020, determined to help nonprofits fundraise during the pandemic, he launched Leibow Entertainment and produced numerous virtual events that reached audiences of thousands in three dozen countries.

Prior to his development career, he performed professionally on stage and screen for more than 25 years. HIs film credits include Sebastion Lelio’s GLORIA BELL and THE OTHER GUYS. His numerous stage credits include the Tony Award-winning musical, JERSEY BOYS, THE LAST 5 YEARS (Bay Area Theatre Critics Circle nomination), MISS SAIGON, AIDA, SMOKEY JOE’S CAFE, the world premieres of the Tony Award-winning MEMPHIS and Tony-award nominated BANDSTAND and more. In 2014, after more than 7 years and 2,700 performances in JERSEY BOYS, he stepped down to dedicate more of his time to the cause that means so much to him and his family.