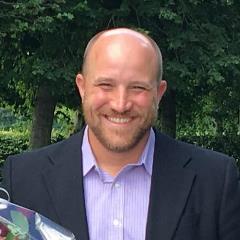 Mr. Charles Konsitzke is the Associate Director of the UW Biotechnology Center and the Team Lead for the UW MIA RIP. Charles has been employed at the University of Wisconsin – Madison for 18 years. He has facilitated over $100M in research and administrative operation costs over his career at UW-Madison, and is exceptional at strategizing and developing all levels of research and non-research activities.

His family and extended family have served over 300 years within the military and participated in over a dozen conflicts from the Korean War through current conflicts.

He founded the UW Missing in Action Recovery and Identification Project in 2015 after assisting with the identification efforts for Private First Class Lawrence S. Gordon in 2014. Mr. Konsitzke led the team in the successful recovery efforts of 1st Lieutenant Frank Fazekas near Buysscheure, France in summers 2016 and 2017, 2nd Lieutenant Walter B. Stone near Quercamps, France in summer 2018, as well as the team’s most recent American MIA service member attempted remains recovery mission in Western Europe in summer 2019, the efforts of which are ongoing.