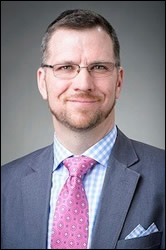 Dr. John W. Hall is the inaugural holder of the Ambrose-Hesseltine Chair in U.S. Military History at the University of Wisconsin-Madison. He previously served fifteen years as an active duty infantry officer in the U.S. Army and is a former member of the faculty at the U.S. Military Academy at West Point. As a lieutenant colonel in the U.S. Army Reserve, he currently serves as a Historian in the U.S. European Command, Stuttgart, Germany. His academic research focuses on early American warfare with a particular emphasis on intercultural conflict and cooperation between European and Native American societies during the eras of the American Revolution and the Early Republic.

Dr. Hall is a historical research fellow who provides valuable insight for the UW MIARIP team, aiding in the research aspects behind recovery missions.